Key of Dreams… dynamic, acoustic fusion jazz... Founded by Eric Schultheis and Abe Wirth on November 6th, 2003 in Portland, Oregon. Key of Dreams’ thought provoking melodies seem to dance over a lush, harmonic groove resulting from the seamless integration of Eric and Abe’s guitars; their music captivates the senses of even the most discriminating listener.

Eric and Abe met while sitting-in at the local blues club. Instantly recognizing the musical chemistry, they began playing, writing, recording and performing together, developing a distinctive sound and style highlighting their passionate guitar virtuosity. "We started with a rock/fingerstyle fusion kind of thing, you know - heavy on the distortion and acoustic open tunings. Now we've incorporated the Spanish guitar into our style, never disregarding our rock roots."

The sound and style are unique - drawing from many musical influences including traditional and new jazz, rock, classical, Flamenco, world, and funk. "We’ve been told we sound like Pat Metheny, Joe Satriani, Earl Klugh, and Ottmar Liebert, to name a few. That's a broad spectrum of artists to be compared to, which for us is good. We’re not trying to sound like anyone else, or any particular style of music for that matter. We just play and let it happen, which is very cool because there are really no boundaries. We can change the tempo, signature, and overall feel whenever we want, and we do!”

Having released three CDs; Key of Dreams - 2004, unlocked - 2007,
and mile _9 - 2009, as well as playing to hundreds of live audiences have put Key of Dreams on the musical map, where they intend to make their mark.

“If you’re looking for great music, uplifting melodies and fabulous guitar, you’d be wise to wake up and listen to Key of Dreams.
"Positively Entertainment" 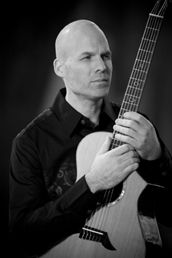 Born in Santa Rosa, CA and raised in New Mexico, Abe’s interest in music began early when a family friend gave him an acoustic guitar. Hearing Joe Satriani and Paul Gilbert inspired him to purchase his first electric guitar at age 15. Abe played in numerous rock and metal cover bands throughout high school. After graduating, he attended the Atlanta Institute of Music. Following a musical hiatus to work on his career, Abe met Eric at a blues jam, which motivated him to get back into playing. They have since logged hundreds of shows and recorded three CD’s. 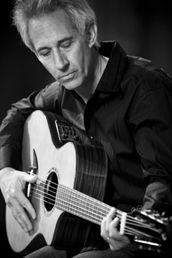 Born in Philadelphia, PA and raised in the San Francisco Bay Area, Eric started playing guitar in middle school. He played in rock bands during his high school and college years at many San Francisco and east bay venues. After relocating to Portland, Oregon and a 15-year hiatus, he bought an acoustic guitar and began playing again. Eric met Abe while sitting-in at the local blues club and together they formed Key of Dreams.